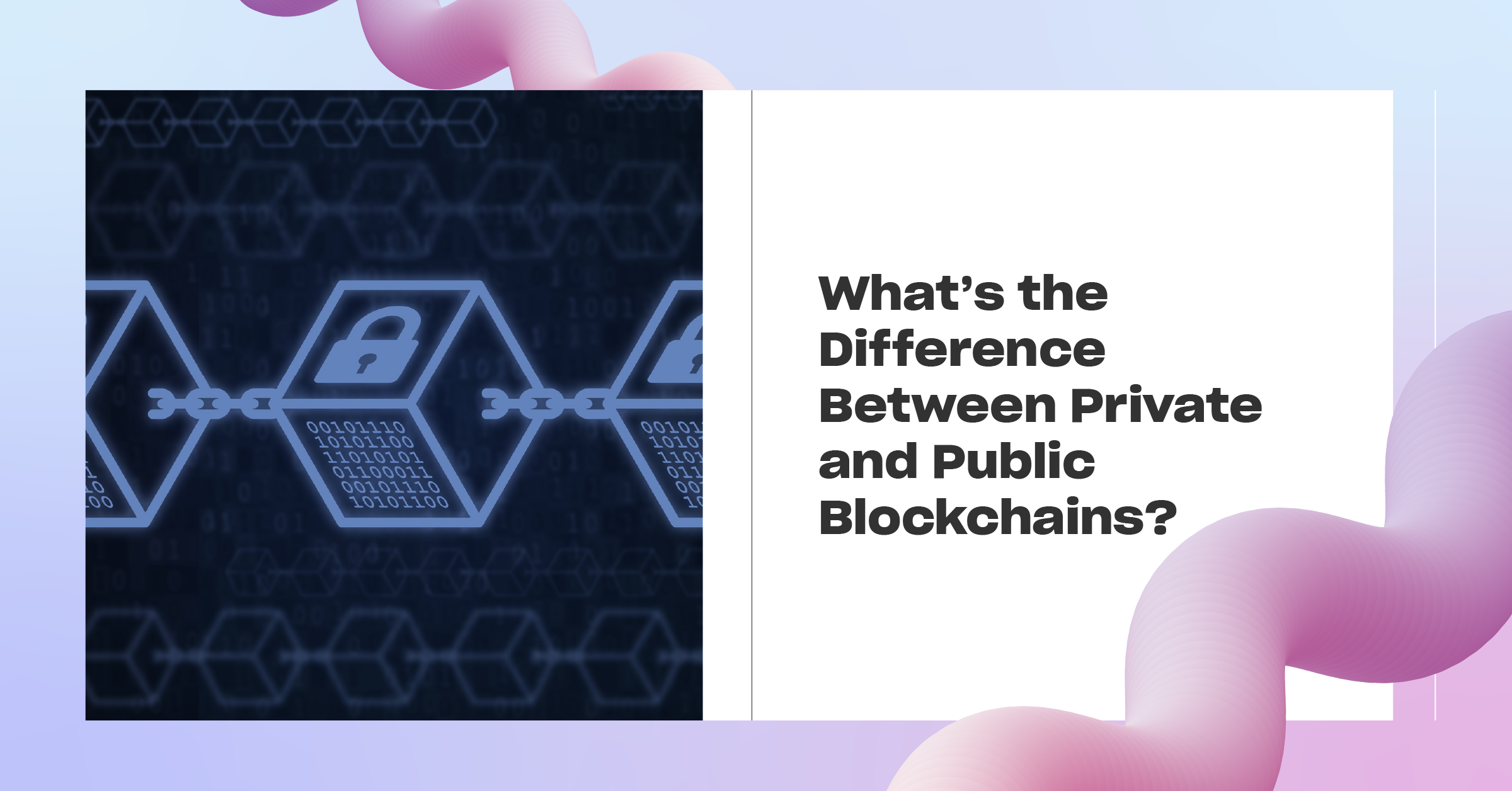 What is Blockchain Technology?

In short, blockchain technology is a type of distributed ledger through which information can be managed securely and immutably. The computers – or servers – that record this information are referred to as “nodes.” When critics of the distributed ledger technology express concern over blockchain’s energy usage and environmental impact, they are usually referring to the work done by these nodes. It is through these nodes that blocks of data are entered, verified and stored. The term “blockchain” refers to the way in which data is processed and stored by nodes. Each “block” of data must be verified by a node before it can be added to the “chain.” There are both private and public blockchains — as well as promissory blockchains.

How Does Blockchain Technology Work?

While new blocks can be added after they are verified, old blocks cannot be altered or deleted. Every node that participates in adding new data to existing blockchain networks stores the complete history of that blockchain. Even if a hacker were to alter data stored by one node, the other nodes would be unaffected. Because nodes must achieve network consensus, the falsified block of data would be rejected. This characteristic of blockchain technology is what makes it so applicable and sought-after in industries like finance and real estate.

Writing for TIME partner NextAdvisor in a May 2022 article, Kendall Little explains how blockchain technology secures data. According to Little, each block added to a chain “has its own unique identifier.” This identifier – which is referred to as “a cryptographic hash” – prevents outsiders from accessing the data stored in that block. In addition to protecting the block’s data from those without the code, cryptographic hashes also “protect the block’s place along the chain by identifying the block that came before it.” This provides provenance and context for each block of data on the chain.

Why Was Blockchain Created?

Blockchain was originally created as a supportive technology for the cryptocurrency bitcoin. It evolved from TCP/IP or transmission control protocol/internet protocol – another distributed network technology that was introduced way back in the early 1970s. Though data was traditionally organized into tables, TCP/IP organized data in blocks or packets – just like today’s blockchain technology. As Marco Iansiti and Karim R. Lakhani write in their article “The Truth About Blockchain” for Harvard Business Review, “TCP/IP created an open, shared public network without any central authority or party responsible for its maintenance and improvement.”

It laid the groundwork for blockchain technology, which was ideated by mathematicians Stuart Haber and W. S. Stornetta in 1991 and later brought to life by “Satoshi Nakamoto” in 2008. Lakhani and Iansiti write that blockchain as we know it today “was introduced in October 2008 as part of a proposal for bitcoin, a virtual currency system that eschewed a central authority for issuing currency, transferring ownership, and confirming transactions.” As such, the cryptocurrency bitcoin was the very “first application of blockchain technology.” The second major application of blockchain technology was the “smart contract.” In 2022, there are many other applications for both private and public blockchains – well beyond cryptocurrency.

As mentioned above, there are numerous applications for blockchain technology. In his article “What Is a Blockchain?” for Investopedia, Adam Hayes writes that “different types of information can be stored on a blockchain, but the most common use so far has been as a ledger” for the transaction process. This is why most of us have heard of blockchain in the context of cryptocurrencies, NFTs and the like.

In their 2019 paper “Implementing a blockchain from scratch: why, how, and what we learned” for the EURASIP Journal on Information Security, Fabian Knirsch, Andreas Unterweger and Dominik Engel briefly describe growing adoption of public and private blockchain networks across a variety of industries. Knirsch et. al. note that blockchain technology was “originally proposed as a public, decentralized and trust-less ledger for digital currencies.”

Today, however, “blockchain technology has gained widespread adoption in many fields” from finance and real estate to healthcare and energy. For example, Knirsch et. al. note that “utilities and network operators in the energy domain have begun focusing on [using blockchain for]…protocols for tariff matching and energy trading.” They have considered both public and private blockchain-based approaches. According to Adam Levy in a recent article for The Motley Fool, there are dozens of additional applications beyond transactions and data storage.

Through a public or private network, users can securely share all types of personal information — from medical records to credit history. Levy also points to supply chain tracking, lending, insurance, real estate, voting and administration of government benefits. Quoting fintech professor Dr. Merav Ozair, Levy writes that “‘the ecosystem of blockchain technology is evolving very rapidly.'” Dr. Ozair notes that we are learning about “‘new applications and new business use cases…every day (literally).'” Eventually, Dr. Ozair believes each and every industry will find applications for blockchain technology, as “‘the implementations are boundless.'”

Which Industries Currently Use Blockchain?

Public blockchain platforms are still most widely used, but private blockchain networks and permissioned blockchain networks — which are partially decentralized — are growing in popularity. As blockchain becomes more ubiquitous, many expect the technology to support transactions and data handling across all types of government systems, banking institutions, insurance companies, and prediction markets.

What is the Difference Between Public and Private Blockchains?

Public, private and promissory blockchains are similar in that they each rely on a packet structure of data storage and organization, unlike traditional models which organized data in tables. A key difference between the three is that they offer varying degrees of privacy, security, scalability and immutability. In their article “What Is Blockchain?” for Forbes, David Rodeck and Benjamin Curry briefly explain the difference between public and private blockchain platforms.

A private blockchain- on the other hand — “is controlled by an organization or group.” Only the entities in charge of their private blockchain setup “can decide who is invited to the system plus it has the authority to go back and alter the blockchain.” According to Rodeck and Curry, the “private blockchain process is more similar to an in-house data storage system except spread over multiple nodes to increase security.” Learn more about the many differences between public, private and promissory blockchain networks below.

As noted above, anyone can access and participate in a public blockchain network. The entire network is open to the public and active participation is encouraged, so as to maintain the blockchain’s self-governed, decentralized nature. New blocks of data are validated by “miners,” who usually receive “coin” as a reward for their efforts. Anyone with the right equipment and experience can become a miner. Full user empowerment is one of the key features of a public blockchain network and is what sets it apart from private and permissioned blockchains. This openness is seen by some as a benefit and by others as a disadvantage.

Critics of blockchain technology often point to the massive energy usage of public blockchain platforms like the technology that supports Bitcoin and Ethereum. With thousands of nodes constantly validating new blocks of data, public blockchains have incredible computing power and energy needs. According to Stack Exchange, the Ethereum network’s computing power is nearly “58 times bigger than the current world faster supercomputer Fugaku.” In 2021, Ethereum had over 9,000 active nodes and over 140,000 validators.

Blockchain’s original use case — supporting cryptocurrency exchanges and other transactions — is shockingly energy-intensive. According to a recent report from Fortune, “the volume of energy” required to power a single Bitcoin transaction could “‘power the typical American home for six weeks.'” A study published by The New York Times last September found that “the process of creating Bitcoin to spend or trade consumes around 91 terawatt-hours of electricity annually.” This is more than the entire energy consumption of Finland – “a nation of about 5.5 million.” Writing for The New York Times in their article “Bitcoin Uses More Electricity Than Many Countries. How Is That Possible?,” Jon Huang, Claire O’Neill and Hiroko Tabuchi note that Bitcoin’s overall energy usage “is close to half-a-percent of all the electricity consumed in the world” and that this usage “has increased about tenfold in just the past five years.”

Researchers affiliated with the Ethereum Foundation believe transitioning from a Proof of Work to Proof of Stake validation structure would significantly reduce energy consumption by public blockchains. For those unfamiliar with the difference between PoS and PoW, Jake Frankenfield explains in an article for Investopedia. Frankenfield writes that “Proof of Stake (POS) uses randomly selected miners to validate transactions.” On the other hand, “Proof of Work (POW) uses a competitive validation method to confirm transactions and add new blocks to the blockchain. Frankenfield echoes concerns expressed above by The New York Times writers Tabuchi, O’Neill and Huang.

Frankenfield acknowledges that “the amount of energy required to mine proof-of-work cryptocurrency profoundly affects the market dynamics of pricing and profitability.” Conversely, the PoS approach aims to reduce cost and energy usage while boosting profitability by “effectively substituting staking for computational power.” By randomizing which node validates a new block of data, energy consumption would fall precipitously.

Carl Beekhuizen elaborates in his post “Ethereum’s energy usage will soon decrease by ~99.95%” for the organization’s blog, noting that Ethereum is in the process of transitioning from PoW to PoS. Beekhuizen writes that Ethereum miners consume an estimated “44.49 TWh per year which works out to 5.13 gigawatt on a continuing basis.” According to Beekhuizen, this means using a PoS approach to validation “is ~2000x more energy efficient…which reflects a reduction of at least 99.95% in total energy use.” Unfortunately, Frankenfield notes that the process of transitioning from PoW to PoS “can take years to implement in an already established cryptocurrency.”

Public blockchains not only use more energy through a PoW system. They also take longer to process transactions and verify other types of data. Thus, there is a higher monetary cost associated with public blockchain networks.

Otherwise, both public and private blockchains are “peer-to-peer networks, where each participant maintains a replica of a shared append-only ledger of digitally signed transactions.” They also both maintain identical records of the blockchain in sync through a consensus network. Lastly, both private and public blockchains “provide certain guarantees on the immutability of the ledger, even when some participants are faulty or malicious.”

Advantages and Disadvantages of Using a Private Blockchain

As Bernard Marr notes in his article “A Very Brief History Of Blockchain Technology Everyone Should Read” for Forbes, scaling a public blockchain network without compromising security or speed is incredibly difficult. This is because “every computer in a blockchain network processes every transaction.” Coming up with a way to “determine how many computers are necessary to validate every transaction” quickly and securely is necessary.

#4 Con: Lack of Transparency Can Lead to Trust and Security Issues

As Allison Berke notes in her article “How Safe Are Blockchains? It Depends.” for Harvard Business Review, “private blockchain operators can control who is allowed to operate a node, as well as how those nodes are connected.” This means that “possibility of transaction reversal, and central control over transaction verification” is both more common and more likely in private blockchains.” Immutability of data in a private blockchain is less robust than in a public blockchain, where multiple nodes maintain an identical history of that specific blockchain.

How Permissioned Blockchains Differ from Private and Public Networks

In their paper “Using a Permissioned Blockchain?” for The CPA Journal, John “Jack” Castonguay, PhD, CPA (Va.) and Kathleen M. Bakarich, PhD, CPA explain how these hybrid platforms work and identify their growing appeal. Dr. Bakarich and Dr. Castonguay write that participants in a permissioned blockchain “seek to collectively benefit from a shared ledger system.” Unlike a private blockchain, a single entity does not control a permissioned network, but that network is not completely decentralized like a public blockchain. In a permissioned blockchain, participants — who are referred to jointly as a blockchain consortium — “control, maintain, and guard the information that is posted to it.” A centralized entity does not control the flow of data.